Installations are often a practically invisible part of a building. Miles of cables, piping, tubes and wires are concealed behind the ceilings, floors, walls and foundations. The facilities themselves are tucked behind voids or form unsightly blemishes on rooftops. 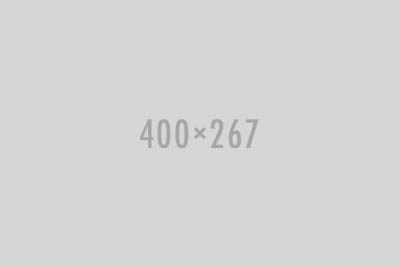 The ultimate tribute was the radical 1977 design of the Centre Pompidou in Paris by architects Richard Rogers and Renzo Piano, in which this belief was illustrated by turning the building inside out. The construction, tubes, piping, air-ducts and all other installations were conspicuously shown as an ode to technology.

Sick building syndrome is a condition in which physical symptoms are attributed to bad, or poorly maintained, air-conditioning systems and the presence of bacteria, fungi and viruses. This resulted in a reversal of thinking about buildings and led to a new awareness: couldn’t we just open our windows again? The installation of piping during construction slows progress and delays the interior completion, besides leading to higher failure costs.

Installations are becoming more important, but if current trends continue we should be looking to other solutions. Complete, comprehensive prefabrication of components is complicated because it is difficult to integrate water, electricity and heating systems in prefabricated elements, so the entire system has to be completed in situ. Another disadvantage is that the installation needs to be accessible for maintenance, or in case of failure. The result is ugly, modular ceilings and demountable floors. Wouldn’t it be great if we could replace the entire installation with materials? A paint for energy, steps that control light, a bag of salt for cooling? Multifunctional, smart and interactive materials that replace the functions of these facilities can dramatically change the future of buildings, making them more efficient and sustainable. CO2-absorbing, temperature regulating and self-cleaning materials are currently trends, but will be the standard within a generation.

Multifunctional, smart and interactive materials that replace the functions of these facilities can dramatically change the future of buildings, making them more efficient and sustainable.

Many material innovations are copied from nature. Mick Pearce’s ‘Council House 2’ in Melbourne saves 70 percent of its water and 80 percent of its energy by regulating temperature using water cooling and phase change materials (PCM’s). Brian Korgel, a professor of nanotechnology, and his team have produced a nano-crystal made of copper, indium, gallium and selenium. This inorganic material is dissolved in a liquid so that it can be applied as a paint with a performance similar to PV cells. The thin layer means that the yield is much lower, but this is compensated by using large surfaces. Aerogel – also known as frozen smoke – is the world’s lowest density solid, clocking in at 96% air.

The insulation must, of course, be top-notch. Aerogel is a good example. It is a solid with a very low density, as it is approximately 98 percent air, though it has a solid, porous structure. Most aero gels are silicon-based, but there are also gels based on metals or carbon compounds. Insulation is a hot item, of course. The Material Xperience show had examples such as the ‘EcoCradle’, a sustainable insulation made of chipboard fibre and mushrooms.

Another innovative way of generating energy is the piezoelectric cell. The piezoelectric effect is the phenomenon that certain crystals produce electricity under the influence of pressure, such as bending, and vice-versa: they deform when electrically charged.

The electricity generated from the vibrations of six hundred lorries driving over the road every hour could power forty homes. Surely this means that a well-used office staircase should be able to light the workplace?

Besides generating energy with solar paint and piezoelectrics, cooling with PCMs, insulating with vacuum panels and airgel materials, other materials can take over the functions of installations. An optical light film from 3M with a prismatic surface reflects more than 98 percent of incoming sunlight and is able to provide daylight to underground parking spaces or basements through ‘light pipes’. Window washing is no longer necessary if a coating with the Lotus Effect (Stolotusan) is applied and shading can be controlled by glass with a photochromic effect.

Saint Gobain’s Sage glass is an example. The same principle could colour a roof and façade black during winter and white in the summer. And an awning can be made of a moving material: bi-metallic surfaces that deform under the sun’s heat due to different coefficients of expansion can incorporated in the façade to function as an ingenious system for daylight regulation.

These examples all go to show that chemistry can take over from mechanics. Smart materials chemistry can replace mechanical systems and may spearhead a completely new and sustainable path for construction and architecture.